It’s no secret that the IRS has a keen interest in collecting every last tax dollar that taxpayers owe. It doesn’t matter who or where it’s coming from. 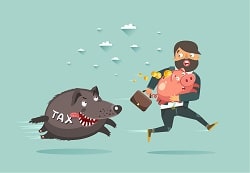 The taxman wants his money. This includes collecting taxes from money being stored overseas, which has long been a challenge for the nation’s top tax agency. For decades, the IRS has worked to track down foreign assets belonging to U.S. taxpayers to ensure they are paying their fair share on every dollar earned. So how is the agency doing?

If you believe the recent report from the Treasury Inspector General for Tax Administration (TIGTA), the answer is not so well. The tax watchdog group reported that the IRS “has taken limited or no action on a majority of the planned activities outlined in the FATCA Compliance Roadmap.” The IRS first implemented FATCA, the Foreign Account Tax Compliance Act, back in 2010. Without receiving any new funds, the IRS spent $380 million on building a plan to document overseas assets.

However, according to TIGTA, the IRS’s efforts to match foreign financial institutions data with the U.S. taxpayers’ assets overseas have not been successful. According to the report, this “affected the IRS’s ability to identify and enforce FATCA requirements for individual taxpayers.” Before FATCA existed the IRS had other measures in place to track foreign accounts and prevent overseas tax evasion. However, FATCA was supposed to be a much more stringent process that would bring even greater results. However, that hasn’t been the case, if you believe TIGTA.

According to the report, which looked at records from several regional offices from the IRS’s “Large Business and International Division” from February to December of 2017, the agency’s performance in tracking and enforcing FATCA compliance was faulty. For example, many of the tax forms that were completed by foreign entities that withhold taxpayers’ foreign income did not have valid taxpayer ID numbers.

For its part, the IRS agreed with several of TIGTA’s suggestions, but it also cautioned that the report is too narrow to use it to judge “the entirety of the IRS’s enforcement in this area.” According to Douglas O’Donnell, commissioner of the FATCA division, “the report focuses on an early planning document, the roadmap, which was not intended to be a comprehensive compliance plan and was superseded by campaign planning and more task-specific documents that more timely address changing circumstances.”

Where Will the Money Come From?

It remains to be seen how or when the IRS will implement any of these suggestions from TIGTA, but the agency likely won’t be getting any new funds to help in its efforts. According to the most recent report from the National Taxpayer Advocate, Nina E. Olson, the agency doesn’t even have sufficient funds to provide basic taxpayer service. In her annual report required by law, Olson notes that agency resources are at an all-time low. Olson is concerned that the “IRS’s ability to provide high-quality taxpayer service and to modernize its aging information technology infrastructure will be compromised.

Overseas Tracking Could Get Even Harder

With so few dollars to work with and no additional funds coming in that could lead to an even more reduced focus on FATCA. That would mean tracking overseas income would be even more challenging, and likely less successful.