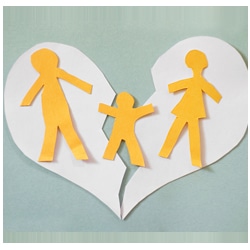 Divorce is typically an unpleasant subject; and taxes are usually not anyone’s favorite thing to discuss, either. Combine the two and it’s not exactly a match made in heaven. However, in the event that you are considering divorce, about to file for divorce or already going through the legal split-up process, then unfortunately you will need to take a serious look at your tax situation. Despite the fact, that you’ve already got hundreds of other pressing issues on your mind, you can’t afford to overlook this important part of divorce.

The first thing you will have to consider is your filing status, which is very important right now with tax season currently in full swing. There are two possibilities here but how you file will make a big difference in your tax bill or refund. If by law you were still married on the last day of 2014, meaning your divorce was not yet final, then you can still file jointly with your estranged spouse. However, if you legally split up before the clock struck midnight on January 1, 2015, then you have other options.

Credit for the Children

For example, let’s say you have children that you plan to claim as dependents. You can now file as a single head of household, which means you could get a larger tax break. However, that leads to the question of who gets to claim the kids as dependents? Of course, you and your spouse can settle this issue out of court as far as it pertains to taxes. If the kids split time living with both parents equally during the year then the issue is fairly simple. You can both claim half of the deduction. However, there are other circumstances that can come into play.

Let’s say one of you makes too much to claim the child tax credit for your qualifying dependent children, for example if you have to pay the Alternative Minimum Tax (AMT). In that case, the one who has to pay the AMT should just let the other party claim the kids as full-time dependents and therefore receive the full credit of $3,950 for each child. Meantime, another important aspect of taxes in regards to children is child support. Come tax time it’s kind of a double-whammy for the payer. That’s because the parent who pays child support also pays taxes on those payments. On the other hand, there is some good news for the spouse who pays alimony. That money can be used as a deduction, while the receiver must pay taxes on it.

Other Factors to Consider

Besides determining who gets to claim the children, divorce has several other affects on your tax situation. For example, taxes on retirement plans, profit from the sale of a home and your mortgage interest are all affected by divorce. If you decide to sell the marital home you can still avoid taxes on gains of up to a $500,000 if you file jointly. However, that number is cut in half if you file as a single head of household. If you think you could make a larger profit than these figures, then you should carefully time the sale of your home and your divorce. Meantime, whoever ends up keeping the house, regardless of who pays the mortgage, gets to claim the mortgage interest deductions. On the other hand, if both parties still share ownership, then they both get to share that deduction equally.

Careful With Your Retirement Plan

Lastly, if you have a retirement plan, and you use a Qualified Domestic Relations Order to transfer the money to your spouse, then you can both avoid a tax penalty. However, should you decide to withdraw funds and give them to your spouse then you will be subject to the standard early withdrawal penalties and the income will be taxable.

Get Educated and Be Prepared

The bottom line is going through a divorce is tough. Having to worry about your taxes might not be your first priority, but by educating yourself and being prepared for all the possibilities you can save yourself a lot of potential headaches. Not to mention, a lot of money. 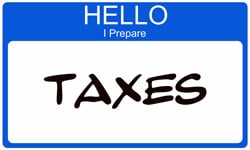 According to the National Retail Federation Monthly Consumer Survey 25% of consumers will hire an accountant to prepare their taxes this year, while only 17% will use a tax preparation service. Though a tax professional can provide peace of mind that your tax return is accurate and compliant with tax law, it’s important you understand the services your tax preparer offers, what you’ll pay for their help, and what is required of you in the process. Here are five questions you should ask any potential tax preparer.

On what criteria do you determine rates, and how do you bill?  The National Society of Accountants (NSA) estimates that a taxpayer who hires a professional tax preparer to file an itemized Form 1040 and Schedule A, and state tax return will pay about $273 for the service in 2015. But tax preparer experience and education levels vary significantly, as do their rates, and how they’re applied to your tax preparation job. Ask any tax preparer you are considering hiring how they bill, whether hourly, or at a flat fee, and what they estimate your taxes might cost (understanding that things could change once they get into the details). Inquire how they bill time for phone calls, meetings, and email exchanges. Some tax preparers will consider such conversations part of the service, while others bill for every interaction.

In what format do you want tax information? Tax preparers have their own definitions of optimal work-systems based on personal preference. Ask whether they prefer to receive and transmit files electronically, in hard copies, or through a cloud-based online system, and if they provide client with a tax organizer (either electronic, or hard copy) that can help you compile the information they need. Consider how their workflow fits into your record-keeping style. For example, a preparer who relies on hard copies and fax machines may not be in sync with your cloud-based recordkeeping. Finding the right match can save you both time, frustration, and potentially, money. The NSA reports that accountants charge an average fee of $114 for disorganized files (which may be in the eye of the beholder).

When do you need information in order to file by April 15th ? The NSA reports that tax preparers charge an average of $85 to prepare taxes with less than 15 days until the tax deadline, and a fee of about $44 to file a tax extension. Know when your tax preparer considers your information “late” based on their specific workload and capacity, and how that work will be billed, and handled. If you don’t want your tax preparer to file an extension, for example, you may want to shop around for someone who can meet the April 15th deadline.

What kind of creative and strategic advice do you offer? If you’re hiring a tax preparer to file a straightforward tax return simply for the peace of mind that it’s been filed accurately, you may not need tax planning strategy services. But if your tax needs are more complex for reasons like owning a business, investments, rental property, or having several sources of income, part of a tax preparer’s value will lie in his or her ability to suggest tax advantages that can legally reduce your overall tax burden. Not all tax preparers are equipped to offer this level of strategic advice. If that’s a service you seek, ask about their ability to guide you in such a way before you hire them.

Do you offer tax services all year long? Tax preparation services are in high demand from the first of the year through the late spring. Confirm that the tax preparer you’re considering for hire is available in a professional tax preparation capacity throughout the year, and not simply “moonlighting” as a tax professional in times of high demand. Even if you only need their tax preparation services once a year, you may need to call on them for support if you apply for a home or business loan, or are contacted by the IRS, state, or municipal tax agency. 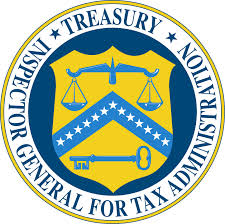 The U.S. Treasury Inspector General for Tax Administration (TIGTA) this week released its most recent audit of the IRS’s Fresh Start Initiative. TIGTA in this report recommended the IRS improve the means by which it monitors the Initiative’s impact on revenue collections. END_OF_DOCUMENT_TOKEN_TO_BE_REPLACED

The IRS last week made available to the public a directory of certified tax preparation professionals in an effort to help taxpayers locate professionals who work in this area and verify their credibility. Taxpayers may search this directory by last name, location and credential type. END_OF_DOCUMENT_TOKEN_TO_BE_REPLACED 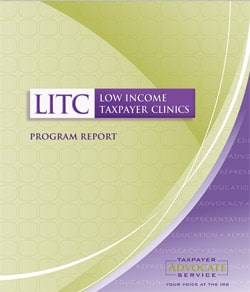