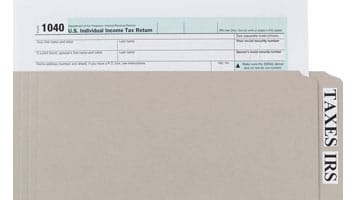 Whether you got a tax refund, owed the government money, filed a tax extension, or missed the deadline completely, filing taxes in America costs us all something—whether it comes in the form of time, money, stress, and potential missed opportunities. Here’s a look at what many Americans pay to abide with tax laws, and their policies, penalties and procedures.

According to data compiled by the National Retail Federation compiled in February 2015, the majority of Americans tend to be on top of the task of tax filing. Its data revealed that nearly a quarter of Americans had already filed their 2014 taxes in January 2015, while nearly 36% said they planned to file in February.

For example, H&R Block offered its Premium software for just $34.99 to filers in December 2014. Those who waited until April, by contrast, paid nearly double that amount, for the same product.  Likewise, tax filers who hire accountants may pay more for as tax deadlines near.  Data compiled by the National Society of Accountants (NSA) reveals that accountants charge about $90 to expedite the filing of a return, $90 or more if the taxpayer hasn’t submitted all the information required to file at least 15 days in advance of the tax deadline, and about $45 to file a tax extension.

Those tax procrastination-related fees are in addition to the $273 average that individual taxpayers likely paid an accountant to prepare and file an itemized Form 1040 with Schedule A and a state tax return this year, according to the NSA’s figures. For taxpayers with more complex filings, due to owning a business or rental property, for example, an accountant’s fees may be upwards of $800.  If the taxpayer is disorganized, that comes with a cost too. NSA reports that most tax preparers charge about $115 for incomplete or unorganized files.

Though such figures may seem steep for an obligation income-earning citizens have no choice but to abide by, consider the cost of handling taxes without the help of a tax pro. As Glenn Kessler at The Washington Post writes, the average American taxpayer invests about 13 hours of time into taxes, including gathering and organizing receipts, reading and interpreting the tax rules and current iterations of the tax code (which is more than 70,000 pages long to date), and preparing forms.

In early April, the Internal Revenue Service (IRS) reported that it issued nearly 77 million tax refunds, averaging more than $2,800. Though finding that you’ll get money back is certainly more thrilling news than learning that you’ll owe, there’s a cost to tax refunds, too. That’s because getting a tax refund means one thing: You paid too much tax. Given that nearly 40% of respondents to an NRF survey said they’d use their tax refund to pay down debt, and that even low interest rate credit cards come with an interest rate of nearly 11%, that money could have been used for better purposes than an interest free loan to the government, too.

What if all that taxpaying time, money and effort still results in an audit? Taxpayers whose filings raise a red flag will dish out about $144 an hour for the audit support of an accountant, according to the NSA–on top of whatever penalties, fees, and taxes are determined to be owed.