Why Are so Many States Trying to Raise Tax Rates? 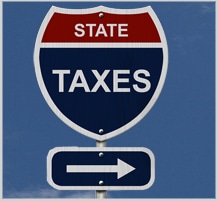 Taxes, taxes, taxes. Does it seem like some people in government positions can never get enough taxes? For many people, the answer is yes. While so many hard-working middle class families struggle to make ends meet, it feels like the government just keeps looking for new ways to take their hard-earned money through tax increase and new tax laws. In fact, raising taxes appears to be a popular trend among many state government officials right now, with recent reports of as many as 12 states apparently pushing for higher taxes this year. Somewhat surprisingly, several of these proposals come from republican governors.

No Funds for Needed Services

With so many people typically opposed to increased taxes, why are so many state officials trying to raise them? The answers vary from state to state, but essentially, government officials feel that in order to pay for important necessities that everyone enjoys, they need to take more out of people’s paychecks. Reportedly, the problems stem from a lack of budget for many services that were cut back when the country was going through the most recent recession. Now officials are struggling to find funds for those areas that got pushed to the side when the economy was struggling. Some of the most common services being mentioned are education and transportation.

In Michigan, for example, republican governor Rick Snyder recently attempted to increase the state’s sales tax in an effort to pay for much needed highway work. However, voters said no to that plan. Elsewhere, in Nevada, another republican governor, Brian Sandoval is trying to generate new funds to help pay for new services as well as an effort to restore salary cuts that state employees had to endure during the recession. Meantime, in Washington State, governor Jay Inslee, a democrat, is seeking to raise taxes in several areas, including creating a new capital gains tax.

In Ohio, republican governor John Kasich is seeking more tax revenue from businesses and is attempting to raise the current cigarette tax. In Kansas, officials are considering cutting back on the large tax cuts that were previously put in place during more difficult times. Elsewhere, in other states, including Louisiana, officials are trying to make up for lost income they were expecting from other sources. In Louisiana’s case, the state is still hurting from an unexpected loss of revenue from an oil-tax.

So how are all of these proposed tax increases being received by the public? As mentioned above, Michigan voters rejected the governor’s new tax proposal in their state. Several anti-tax activists say that most people are against tax increases, and that these republican governors that are pushing for tax increases are the exception and not the rule. One tax advocate claims that most states where republicans are in charge are simply moving forward with what they have in place and are not trying to increase their residents’ tax bills even further. It will be interesting to follow the tax proposals in these states and whether or not voters accept them. One thing is for sure, no matter which state you live in, when it comes to tax increases, it will always be a hotly contested subject.