6 Ways You May Benefit from the Tax Extender Bill 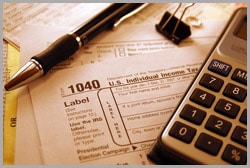 Much was made of tax breaks that were expected to expire at the end of 2014, but alas, more than 50 of them, which pertain to individuals and businesses did not ultimately come to pass, thanks to the somewhat last minute Tax Prevention Act. Though it was signed into action on December 19th, it applies retroactively to 2014, ensuring that certain tax breaks will remain for at least this tax filing year.

Though not all of the breaks are applicable to you, there’s a good chance you’ll be impacted by at least one of the tax extensions, regardless of your age or income. Read on to ensure you capture the tax saving opportunities for which you qualify.

Deduction for classroom teachers.  If you’re a teacher and you spend money out of your pocket (that’ s not reimbursed) on classroom supplies, you can deduct such expenses, up to $250. Because this is an “above the line” deduction, you can use standard deductions or itemize; ultimately, it could help lower your adjusted gross income.

Commuter expenses.  Whether you drive to work and pay for parking or commute using mass transit (and your employer doesn’t reimburse you for it), the 2014 tax extensions allow you to claim up to $250 a month for your expenses. (Without the extension, mass transit riders can claim just $130 a month).

Extension of mortgage debt relief for foreclosures and short sales. Selling your home in a foreclosure or short sale doesn’t mean you walk away from the home, financially speaking.  From a tax policy perspective, “cancellation of debt” essentially means that you’ve benefitted from a lender’s decision to allow you to pay less on a loan agreement. (For example, , if you owed $300,000 on your mortgage loan, but the lender agreed to approve a short sale transaction for $260,000, you’ve made $40,000 as a result of the canceled debt. That’s typically considered income from a tax perspective—but it won’t be for 2014 tax filers, thanks to the extension of The Mortgage Debt Relief Act of 2007. It “forgives” up to $2 million (or $1 million, for taxpayers married but filing separately) of canceled debt related to a foreclosure or short sale from being considered taxable income.

Extension of the PMI deduction.  Private mortgage insurance (PMI) is part of your monthly mortgage payment if you bought a home but didn’t make a downpayment of at least 20%. Though the monthly amount of your PMI depends on your lender and the size of your loan, it’s an additional mortgage cost that’s homeowners can write off, at least for one more year, provided you meet certain income limits, and purchased your home in 2007 or later.

Deductions for tuition and education expenses. If you qualify for education related benefits like the American Opportunity Tax Credit, you may not qualify for the extended education-related tax credit, which is based on taxable income. But if you do, it’s an above the line deduction that could help you lower your AGI by as much as $4,000 you paid for tuition bills and similar education-related expenses in 2014.

Charitable gifting options for retirees.  Retirement income must be withdrawn from individual retirement accounts once a person turns age 70 ½ (even if the account owner doesn’t want to take the money from the account). As a result, the income that is withdrawn is taxable. For 2014, retirees must still withdraw as required, but can opt to gift up to $100,000 of the money directly to charity, to reduce their tax burden.