Are You Prepared for Big Tax Reform? 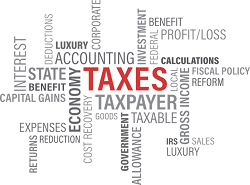 Listen. Can you hear it? Those are the winds of tax change. They’re coming from the nation’s capital and they are about to spread throughout the entire country. Taxes were one of the biggest issues throughout the presidential election cycle and President Trump made it very clear that he wanted to make some big changes to our country’s tax code if he was elected. Well, the time has come to make good on those promises, and the president has some big plans. Additionally, with both the Senate and the House being controlled by republicans it appears that the country’s tax code is about to get a huge makeover – ready or not.

How Will You Be Affected?

It has been decades since lawmakers have been able to make any big changes to the tax code but if the new proposals laid out by the president and his administration become law, there will be some major changes that will no doubt affect just about every taxpayer in the country, for better or for worse. So how will these proposed changes affect you? Here’s a closer look at the biggest changes that we could soon be seeing if the president’s changes become law.