Do You Know How Much Your Paying in Travel Taxes? 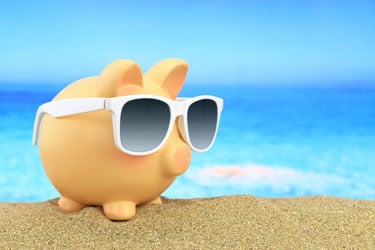 It’s already September, which means the summer travel season is over, and school has begun and the fall weather returns. Americans love to travel and despite the many expenses that come with travel, people still find a way to visit some of the country’s most desirable locations every year. Of course, many people plan and save all year so they can afford the cost of travel and take fun-filled family vacations. However, there appears to be an increasing expense to travelers that is lurking beneath the obvious expenses. Beware of the dreaded travel taxes!

That’s a Lot of Extra Tax

That’s right; just when you thought you had saved up enough money for food, entertainment and travel, there is another possible expense that could really tack on a lot of extra cost to your vacation. Travel expenses come in many different forms. While some are upfront and easily accounted for, there are others that are a little harder to plan for, including taxes. Taxes are part of just about every vacation, no matter where you go. That’s because taxes are simply part of life. However, depending on where you choose to go when you travel, you could end up paying as much as 30 percent more for the total cost of your trip because of additional taxes. What’s more, travel taxes could be getting even higher.

Where Are These Extra Taxes Hiding?

Of course, how much you end up paying in travel taxes will depend greatly on which city you visit. Some are definitely more costly than others. According to a recent study by the National Center for Policy Analysis (NCPA), the tax bill for traveling is becoming a very popular way for cities to add to their revenue. Those extra fees often include taxes on rental cars and hotel bookings, which are both very common aspects of travel. Because many elected officials and citizens all hate seeing increases to their sales and property taxes, travel taxes are becoming an increasingly popular way to increase tax revenue without upsetting voters. Because these taxes are kind of hidden and most often charged to people from out of town, they are gaining a lot of steam, all across the country.

Where Are You Headed This Year?

So where should you avoid going if your travel budget is extremely tight and you don’t have any extra wiggle room? According to the study from NCPA, Portland, Oregon tops the list of cities for highest travel taxes. The average visitor to the Rose City pays about $22 each day in taxes. That means if you spend 5-7 days in Portland your travel bill could increase considerably. Boston comes in at number two with the average traveler paying about $19 a day in taxes and at number three with an average of $18 a day is Indianapolis. Perhaps surprisingly, the three cities with the lowest travel taxes are all found in California. Those three cities are Burbank, with a $2 a day average; Orange County with a $3 a day average and Ontario comes in third with a $4 a day average.

Get Away From the Airport