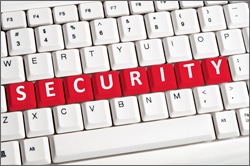 Do you remember the days when you, or perhaps your parents, would sit at the kitchen table for hours trying to figure out your taxes; often right before the April 15 deadline? There would be forms and receipts and booklets and calculators everywhere. You could forget about using the table for dinner. While most taxpayers would agree that the tax code is anything but simple, the game got a little easier in the 80’s when tax return software was born. These software programs suddenly made filing your taxes a breeze compared to the old paper forms. In time, the software has become even easier to use and now everything is done online, even eliminating the need to buy an actual disc. Plus, you can use your kitchen table for dinner again during the month of April. Alas, everything was perfect when it came to filing your personal tax return.

Well…not exactly. While online tax filing programs are a huge improvement over the old hand-written forms, these programs still aren’t perfect. Of course, given the choice, almost anyone would still use an online program as his or her first option. Thanks in large part to the fact that the software does most of the hard work, which means you save a lot of time and generally have a more accurate return. You can also typically save money with online software, compared to hiring a professional tax preparer. Filing your taxes online is also widely considered to be much safer than filing through the mail. So yes, E-filing is a lot better than the old-fashioned way, but is it really as safe as everyone thinks?

Most people don’t give filing their taxes online a second thought. It’s just the way people do their taxes now. However, if you aren’t worried about tax fraud, you should be. No one ever thinks it will happen to him or her, but the IRS says the number of victims of tax fraud or identity theft increases every year. During the 2015 tax season, for example, the IRS said there were 2.7 million identity theft victims from tax fraud. So how many of those victims filed their taxes electronically? The IRS doesn’t have those numbers, but we can assume that most of them filed electronically. That’s because according to the IRS, of the more than 150 million returns filed in 2015, more than 90 percent of them were e-filed. That means the scammers are hacking these online programs, which means you too could be vulnerable.

So just how secure are these programs? That depends on which site you use because apparently they are not all created equal. According to a survey by the Online Trust Alliance, nearly half of all the tax software websites that are members of the IRS’s Free File Program received a failing grade when it comes to their security. That is a glaring figure, considering that 70 percent of all Americans are eligible to use this program. There were some success stories. Seven of the 13 companies who offer free filing software as part of the IRS’s program, including some of the most popular like TurboTax, Free Tax USA, H&R Block and TaxAct, received an 80 percent score or better. However, the other six websites all failed.

Those failures are no small matter, either. According to the survey, the sites that failed have all kinds of serious issues. One of the biggest reported problems was email authentication, which makes it possible for cyber criminals to send fake emails posing as a company or even worse as the IRS. Still, other sites in the program were found to have weaknesses that allowed personal information to be stolen. If that wasn’t bad enough, some sites even allowed hackers to watch users type personal information on a remote computer.

You Can Fight It

So how do you protect yourself? First, you have to realize that you are at risk. Second, you should avoid using websites that are not encrypted to do your taxes. Lastly, you should do your taxes as soon as possible every year, because the sooner you get them done, the less time a hacker will have to steal your refund and your identity. Tax season can be rough and online tax software isn’t perfect, but it still beats having piles of paper on your dinner table for two weeks every April. So go ahead; get online, use an encrypted website to do your taxes and then enjoy a nice meal at your kitchen table.