If You Have Tax Debt a Private Collector Could Come Calling 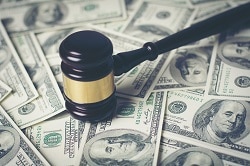 Are you ready for this? The tax debt collection business will never be the same. OK, so it might not be as bad as it sounds, but anyone who’s ever received one (or dozens) of those annoying phone calls from pesky collections agencies knows how awful those calls can be. Anyone who owes money and has to deal with a debt collector would probably prefer to walk on hot coals rather than deal with this headache. So what does that have to do with taxes? Doesn’t the IRS do its own tax debt collection?

Select Few to Get Calls

While it is true the IRS has its own collectors and they do the bulk of the agency’s collecting, thanks to a new law recently put into affect, there are some taxpayers that could soon be getting some of those annoying phone calls. However, just because you owe back taxes, that doesn’t mean you will automatically start getting calls. The IRS has authorized four different collection agencies to start working on collecting the outstanding debt. Each of the four agencies will receive as many as 1,000 delinquent accounts each month and they will get to keep a fourth of whatever they’re able to collect.

This is not the first time the IRS has tried this collection method. Twice before the agency has attempted to collect on delinquent accounts via private collection agencies and neither attempt was very successful. When compared with the IRS’s effectiveness rate, statistics have shown that the private collection agencies are not nearly as successful as the IRS. In fact, the IRS did 62 percent better than the private agencies. So despite the belief by many lawmakers that the private sector does a better job at a cheaper rate, the numbers prove otherwise.

Furthermore, some fear that the real problem with using private collectors is that the opportunity for fraud is greater. The reason for that is simple. Scammers are constantly coming up with new ways to cheat taxpayers and the government out of their money. For years the IRS has been telling taxpayers that if anyone calls demanding that you pay taxes it is a scam, because the IRS doesn’t call to do this. However, now that the IRS has commissioned these private collectors to do the job, it will be much easier for scammers to trick taxpayers into paying them money. They simply have to call and say they represent the IRS and use the same tactics as the legitimate private collectors.

For its part, the IRS says it should be easy to decipher the difference between a legitimate collector and a scammer. The IRS says that anyone with a delinquent account that is sent to a private collector will first get a letter from the IRS in the mail. That means anyone that gets a call without prior notice is likely the target of a scammer. However, it remains to be seen how many taxpayers will know all the details, which could leave many of them vulnerable to fraud.

Time will tell if this latest attempt by the IRS to collect on more delinquent accounts is successful, but if history is any indication, it could be another big dud. In any case, if you owe back taxes and you receive a phone call from a private debt collector, makes sure that you verify they are one of the four legitimate collectors chosen by the IRS and that you have already received proper notice in the mail. As for dealing with the annoying calls, if they are legit, the only way to stop those is to pay off your debt.