How Much Can Taxes Influence Where an NFL Player Signs? 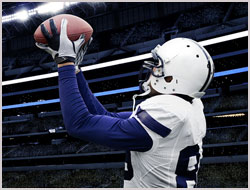 If you could choose where you wanted to live and it would not affect your job, how would you go about making your choice? What kinds of things would you consider in making your decision? Would you base it on the climate? Would you consider political tendencies in the area or perhaps the entertainment and recreation opportunities that were close by; or maybe even the local sports teams? Of course, there would be so many possible things that could play a role in the decision you make; but what about your taxes?

It’s All About the State You Choose

Your federal income would be the same wherever you ended up, but the same can’t be said for your state and local taxes. Most states have sales tax, but the real question is whether or not the state you choose to live in has a personal income tax; and if it does then how much will it cost you? Most states do have a personal income tax, and there are even several cities that charge an income tax as well. So if you had the option to do the same job and make the same salary no matter where you chose to live, how much would the state income tax rate affect your decision?

If you make a modest salary, then the state income tax might not matter that much to you, especially if it’s a lower percentage. However, if you chose to live in California, for example, which has a state income tax rate that can reach as high as 13.3 percent for the highest earners, then your state income tax bill could be more than you bargained for. So, knowing what you know now about state income taxes, would that affect your decision?

Apparently, it does play a role in the decision-making process for many NFL free agents. That’s because with the multi-million dollar salaries that these players make the state they choose to play in could end up costing them literally millions of dollars. Take the top free agent from this year’s crop, former Detroit Lion defensive tackle, Ndamukong Suh, for example. Suh could have signed anywhere he wanted and he was reportedly interested in playing for a big market team. He chose the Miami Dolphins. Why is that significant? While we may never know if state income taxes played a role in his decision, it’s interesting to note that Florida is one of seven states with no personal state income tax.

So how much did Suh save by choosing Florida, instead of California, for example? The difference is significant. It was estimated that if Suh had signed a deal worth $102 million over six years then he would net roughly 59,000,000 over the life of the contract. In comparison, had Suh signed a deal for the exact same terms in California he would have ended up netting just over $51 million. That is roughly an $8 million savings by choosing Florida over California. That’s not pocket change by any means.

So Now You Know – Choose Wisely

As with anyone else from any other profession, NFL players most likely weigh several factors in their decision regarding where they will play. However, the amount of their state income tax bill no doubt plays a role for many of them. So, if you ever have the chance to do your dream job in the location of your choice, be sure you consider all the factors; including how big your state income tax bill will be. Should you forget this important detail, you might be in for a surprise when you’re paychecks start showing up.