How Much Are the Wealthy Really Paying in Taxes? 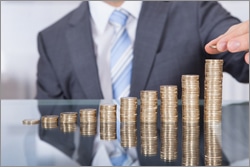 So how much do you think the wealthy really pay in taxes? Do you think they pay their fair share? It’s an argument that has gone on for decades and one that will likely never go away. Those on the “not enough” side of the argument won’t be happy until the rich pay more, and those on the “enough already” side of the argument will keep trying to find ways to get out of paying as much as they already do. So, whether you side with the wealthy, or the less wealthy, it’s a debate that might never find a happy medium. One of the funny things about this debate is that both sides present good arguments and they both can sound so convincing. So which side is right? The reality is that the truth probably falls somewhere in between.

Numbers Have Gone Up Recently

However, let’s look at some of the truths that we do know regarding the wealthy and the taxes they really do pay. According to the IRS, in 2013 the nation’s top 1 percent, those that earned at least $389,000, paid an average of 27 percent of their total income towards federal taxes. That figure is the highest percentage since 2002. By way of comparison with 2012, the nation’s wealthiest group of taxpayers doled out only 22.8 percent in taxes. So there was a significant increase from 2012 to 2013. What about the nation’s ultra wealthy; how much did they pay in 2013? These are the highest earners, the top .01 percent, which make at least $12.1 million. Their average tax rate jumped from 19.5 percent in 2012 up to 26.2 percent in 2013. That’s an even larger jump and it can be mostly attributed to the fact that the government raised the tax rate to 20 percent on long-term capital gains and dividends for the nation’s highest earners.

Hitting Them in Capital Gains

The tax rate on capital gains has also gone up because of the Affordable Car Act surcharge fee of 3.8 percent on capital gains. That means the top rate is now 23.8 percent. The reason these increases hit the wealthy so hard is that many of them earn a large portion (for some a majority) of their income from capital gains. Before the latest increases, the capital gains tax rate was a mere 15 percent. That marks a jump of nearly 9 percent, which is significant for anyone, especially for the country’s top earners. Add to that the fact that the highest income tax bracket is once again at 39.6 percent and the wealthy are paying a lot more of their income in taxes than they were just a few years ago. So, while it’s true that the country’s wealthiest individuals have paid higher tax percentages in previous years, they have definitely seen an increase in the last couple of years.

Still Not Enough for Some

However, some argue that the rich still don’t pay enough and that they continue to take advantage of the many legal tax loopholes that exist. For proof, they point to the fact that in 1995 on average the top 400 taxpayers paid 29.9 percent of their income to the federal government. In addition, many on the ”not enough” side also argue that the rich are still getting away with way too much because their real estate and stock holdings aren’t taxed at their true value. So there you have it. The argument will keep going, but this much we can say for sure. The nation’s top 1 percent of taxpayers have seen an increase over the past few years in their tax rate percentage. The outcome of this year’s presidential election will likely go a long ways in determining if the rates go even higher or if the nation’s wealthy receive another break.