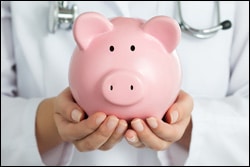 Don’t have healthcare insurance through your employer? Open enrollment season for Federal/ state health care insurance marketplaces (offered through the Affordable Care Act) officially began November 1, 2015. Whether this is your first time using the government’s healthcare marketplace because you opted to forego coverage in previous years, had a change in your eligibility for employer-sponsored insurance coverage status, or you’re curious if rates in the insurance marketplace are more competitive than your private plan, health insurance coverage now presents important tax implications. Here’s what you need to know about its tax-related costs and benefits.

The government has become serious about making you sign up. In 2014, the average taxpayer who did not have healthcare insurance paid a fine of about $200, according to MarketWatch. Gallup-Healthways Well-Being Index survey indicates that back then, about 13% of Americans did not have health insurance—and the number that hasn’t changed significantly since. Perhaps attributing that lack of compliance to the minimal financial penalty imposed for remaining uninsured, the 2016 penalty has increased significantly.

Beginning in 2016, the fines for not enrolling in marketplace health insurance coverage are calculated based on 2.5% of your household income (it was was based on 2% in 2015), or the cost of the total yearly premium for the national average price of a Bronze plan sold through the Marketplace. (You’ll owe whichever is higher).

Adults who do not qualify for exemption of coverage, and fail to enroll themselves in one of the marketplace’s plans will have to pay $695 in penalties when they file their 2016 tax returns; the penalty for not enrolling kids under the age of 18  is $347.50—per child. (Penalties cannot exceed $2,085).

What if you didn’t pay the penalty in 2014—but didn’t have healthcare coverage or qualify for an exemption? You’re not off the hook. According to Healthcare.gov, the fine is based on either 1% of yearly household income above $10,150 for an individual, or $20,300 for a married couple filing jointly– or $95 per person ($47.50 per child, under 18). Again, you’ll pay the higher of the two amounts.

You could qualify for reduced premiums. Depending on the state in which you live, the size of your household (regardless of who needs coverage) and your income, you could qualify for a premium tax credit to offset the cost of insurance obtained through the marketplace. Because the premium tax credit allows you to choose how much of the credit you want to apply to lower your monthly insurance premium payment (the insurance marketplace then sends the amount you chose to use to your insurance company), you can reduce your out of pocket costs for premiums, before you actually file taxes. (If you “borrow” more of your tax credit than you are actually eligible for based on your household income when you file taxes, you’ll owe money to the Federal government). Likewise, if your income or the size of your household changes for any reason (up, or down) it’s your responsibility to report it to the Marketplace to determine if the change impacts your premium tax credit.