What Does it Take to Clear Your Name With the IRS if You’ve Been Scammed? 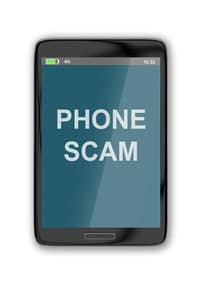 It was once a popular television show in the 60s and was later turned into one of the most popular and intense movies in the 90s. The Fugitive was a huge hit. The 1993 movie featured Harrison Ford in the starring role, as Dr. Richard Kimble, who was wrongly accused of killing his wife. All the evidence pointed to him, at least according to the police. However, he of course maintained his innocence and memorably proclaimed to his pursuer, “I didn’t kill my wife.” When a freak accident allowed him to escape prison he then set out to prove his innocence and bring the real killer to justice. In the end, he discovered that one of his closest friends was really behind the killing and eventually he was able to clear his name and win his freedom.

While The Fugitive was a thrill ride for most moviegoers who saw it, for anyone who has ever been wrongly accused or even convicted of a crime the road to clearing one’s name is long and difficult and often ends in disappointing fashion. Such is the case for many people who end up being the victims of tax fraud. It can take months or even years to clear your name with the IRS and restore your good standing with the nation’s top tax agency. That fact makes being the victim of tax fraud a double whammy. Not only do victims often lose money when someone scams them, but they can also lose their good name, which means they have at least two battles to fight.

You Have to Fight for it

Many articles and blogs have been written and can be found all over the Internet on what to do to avoid being the victim of a tax scam. After all, these scams crop up every year and it seems as though they get more pervasive and sophisticated every year. These articles offer a lot of great advice for all taxpayers, but what if it’s too late and you’ve already been caught in a scammer’s snare? How do you restore your good name with the IRS? The overriding thing to remember is that you have to keep fighting. It will take time and effort and their will likely be several roadblocks to overcome. The first thing you will need to do is understand exactly what kind of fraud has occurred. There are typically three kinds of scams that take place: phone scams, Internet/email scams and preparer fraud. When you know the nature of the scam you need to report it to the IRS.

Know Your Rights and Seek Help

Once you have reported the scam the real work begins. While the IRS and the FTC both want to fight tax scammers it is often left up to the individual who has been scammed to keep the process moving forward. That means you will have to follow up with the necessary agencies and continue pushing them to proceed. In fact, the IRS has admitted that it does not always succeed in its efforts to help victims. For that reason the Taxpayer Advocate Service (TAS) was set up in order to ensure that victims of fraud know their rights and are treated fairly. Therefore, if you aren’t getting the help you deserve from the IRS then contact the TAS for help.

You Can Clear Your Name

The bottom line is you need to act fast. Don’t sit back and wait for someone else to discover the problem and hope they’ll fix it. Contact the IRS right away and any other relevant agencies and let them know how you have been scammed. Keep pressing the issue and if you’re not having any luck then contact the Taxpayer Advocate Service. You can get any money back you are owed and you can clear your good name. Just as there was justice for Dr. Richard Kimble in The Fugitive, there can also be justice for you.