It’s that special time of year again; yes that’s right, tax season! Once again there are millions owed by celebrities from coast to coast and even a few international tax outlaws this year. Some have made amends with the tax man, paying off their debts in full, others are continuing their maneuvers to evade him. But he always wins no matter how famous you are or how much money you have. This year’s list has some repeat offenders, some who have served some time behind bars and some newbies, but what they all have in common is that they are now on Uncle Sam’s radar.

The creator of the beloved ‘Beanie Babies’ allegedly forgot about $3 Million of interest he earned back in 2002 from money he had in his Swiss Bank Account.  He was charged with Federal Tax Evasion in September 2013 and ordered to pay a $53.5 million penalty. He avoided jail time by paying the penalty.

This International boxing star is in a world of hurt with not only the US taxing authorities but international ones as well.  Both the Philippines and the US claim the boxing champ owes millions in unpaid taxes. In the Philippines, his home country, the star owes approximately $50,000,000 and here in the US he owes another $18,000,000.  His bank accounts have been frozen in the Philippines and  a lien has reportedly been placed on one of his Manila properties. Here is the USA he has unpaid taxes for years 2006, 2007, 2008, 2009 & 2010.

This jokester had both the IRS and the State of GA knocking on his door to collect in 2013.  The Feds say Mr. Tucker owes them about $11.5 million, while the Peach State filed a lien against the comedian for $592,594.82 for unpaid taxes from 2007, and another lien for $392,332.16 from unpaid 2006 taxes. The Georgia Debt has since been paid in full but the Federal Government is still looking for their pay day.

Sinbad, also known as David Adkins, has been a bad boy when it comes to paying his taxes. In 2009 he was ranked  #10 out of 250 worst tax offenders in the state of California.  I guess he isn’t yet willing to give up that title.  He apparently owes California around $2.3 Million & the IRS $8.3 million from a slue of years ranging from 1998-2006 and 2009-2012. He plans to file bankruptcy in an attempt to expunge his tax debts. 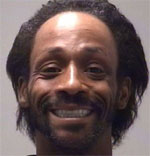 Fugees singer Lauryn Hill spent 3 months in Danbury Federal Correctional Institution this past year for tax evasion.  She failed to file her tax returns in 2005, 2006 & 2007 resulting in a $1,800,000.00 debt to the IRS. Three months behind bars was then followed up with 3 months of house arrest.

Jeffrey Atkins aka Ja Rule spent 28 months behind bars for failing to file & pay taxes for a total of 5 years & stiffing the government approximately  $1.1 million bucks. He was released from prison in May of 2013 and served the remainder of his sentence, 2 additional months, at home in New Jersey.

Fat Joe Finally served his 4 month prison sentence for tax evasion, this past August, for failing to pay his federal taxes in 2007 & 2008.  The original sentence was for 2 years but was adjusted to 4 months behind bars, $15,000 in fines & a year of supervised release.

Kelis is having some bicoastal tax problems! NY is looking to collect from her for years 2004 & 2010. The State of California also claims she owes them some cash, along with the Feds who want their money from her as well. In September of 2013 she paid $400K to the IRS and as a result 3 liens were lifted.  The California and NY liens are still active and collecting interest though.

Snoop Dog knows how to get the taxing authorities off his back.  He pays them! A lien was filed back in February 2013 alleging that the rapper owed for unpaid taxes from 2009 & 2011 and in April the lien was released. Well done Snoop.

Mr. Baldwin pled guilty in his case with the State of New York regarding the $350,000 he owes for unpaid taxes from 2008-2010.  He made a deal with the prosecutor, giving him 5 years to pay back the money owed.  However, if he misses any payments he will be serving time in jail.

The state of New Jersey Division of Taxation is coming after one of their ‘Real Housewives’ Jacqueline Laurita, to the tune of $338,337.05, for allegedly not paying her taxes.  It is unknown what years Ms. Laurita owes for but a lien has been filed against her.

This Terminator 2 villain, who could morph into any form, probably wishes he could morph into a new identity right now.  He owes the State of California $170,000 for unpaid taxes from 2007-2009 and they don’t forget.  You can rest assure Robert Patrick “They will be back’ to collect.

Documents from the State of California Franchise Tax Board, dated 2/2013, state that Ms. Lohan has yet another tax problem to straighten out in 2013.  The actress is looking at her 3rd straight year of issues with a taxing authority.  Back in 2009 she owed around $93k but was able to pay that off, only to be hit again with a $140k debt for 2010! And now she is looking at another $57k owed for 2011.

This Georgia housewife, from the reality hit “The Real Housewives of Atlanta”, has to face reality and pay up! Uncle Sam claims she owes for unpaid taxes from 2009 & 2010 totaling $41,752.83.

The state of California says Poker star Phil Laak owes some unpaid taxes. Apparently, Phil neglected to pay all of his taxes in 2010 & 2011.  Now the authorities  are coming to collect their part of the winnings, totaling $24,874.00. 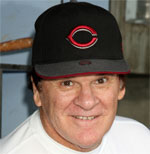