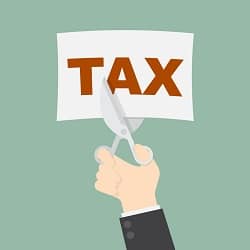 Tax reform is finally here. Well, sort of. House Republicans recently released their proposals to overhaul the nation’s tax system. There are many significant changes, meaning the tax system would be quite different if the bill becomes law. President Trump is hoping lawmakers from both sides of the political spectrum can come together to get this bill to his desk before the end of the year. However, that may be a very ambitious goal because the new bill has already been met with plenty of opposition. Whether or not the bill becomes law remains to be seen. In the meantime, if you’re like most taxpayers, you’re wondering how the proposed changes will affect you. That will depend on several factors, including where you live.

What Changes to Expect

Among the major proposals in the new bill include eliminating several key deductions that a lot of taxpayers rely on. For starters, the bill calls for cutting the mortgage interest deduction cap in half, meaning it would only apply to loans of less than $500,000. The cap currently stands at $1 million. Two other big deductions on the cutting block are the student loan debt deduction and medical debt deduction. Both of these could be crushing to taxpayers that use them. The bill also calls for repealing the estate tax, which would only benefit the nation’s wealthiest earners. These are just a few of the significant changes, but perhaps the one with the biggest impact would be the elimination of the state and local tax deduction.

Who Gets the Hardest?

This deduction is used by millions of taxpayers around the country and cutting it could be a big loss for most of them. So who will be hurt the most by eliminating the state and local tax deduction? The answer all comes down to location, location, location. If you live in a state with high state and local income tax rates then losing this deduction could hit you hard. That means residents of California and New York, in particular, could really feel the pain if the bill passes.

Furthermore, when you add the loss of the mortgage interest deduction to the cutting block, New Yorkers and Californians are really getting pinched. Many of the country’s higher mortgages are found in these two states, meaning numerous taxpayers in California and New York would be affected by losing this deduction. Additionally, both states have some of the highest state and local taxes in the nation. Therefore, when you combine the loss of both of these deductions the impact is significant. In fact, it’s estimated the government would collect about $300 billion by eliminating the mortgage interest deduction, and $1.2 trillion by cutting the state and local tax deduction.

According to the most recent numbers available, the locations with more than 30 percent of mortgages of more than $500,000 are:

Meantime, when it comes to state and local taxes, close to one-third of the entire bill for eliminating this deduction would come from residents in California and New York. Interestingly, these two states both lean heavily democratic and neither of them have Republican senators. However, they do have Republicans in the House, and these congress members have already expressed great concern with these proposals. But those who helped write the bill argue that eliminating the state and local tax deduction does not affect that many people in many states.

The bottom line is the bill appears to hurt residents on both coasts that aren’t big corporate shareholders. But, as with any tax reform proposal, there will be arguments from both sides of the issue and the battle to get the bill passed will be anything but easy. So yes, the long-promised tax reform bill is finally here, but at the same time, it still has a long road to travel before it actually becomes a reality. Oh, and by the way, if and when it does pass, the earliest it would go into effect is the 2018 tax year.