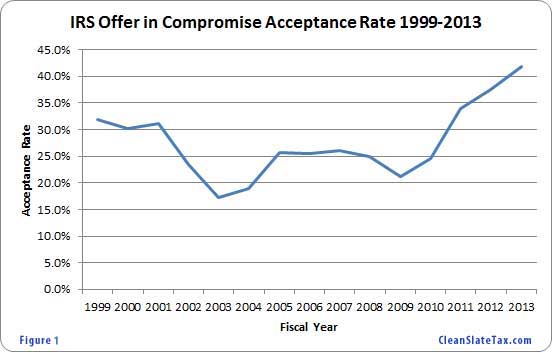 Total Dollar Amount of OICs is Not at a High, Despite High Acceptance Rate 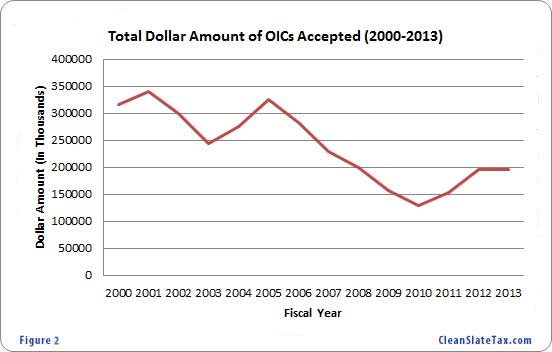 What is an Offer in Compromise?

An offer in compromise, often referred to as an “OIC” or “offer,”  is a type of tax settlement or IRS resolution whereby a taxpayer can settle their tax debt for less than owed. From a high level, it is based off a taxpayer’s (business or individual) ability to pay, equity in assets, income and expenses. The IRS will accept an offer if they feel that the offer amount is equal to or more than they could collect over a reasonable period of time.

It is definitely a major factor for sure. With the “Fresh Start” initiative that started in 2008, the IRS eased up on taxpayers in many ways by creating more flexible resolution options. In January of this year alone, the IRS made it easier for certain taxpayers to get an offer in compromise accepted by changing how they calculate a taxpayer’s future income. Moreover, the IRS now allows for the repayment of student loans, state and local delinquent taxes, and has expanded the Allowable Living Expense category and amount.

Qualify for Offer? Find Out