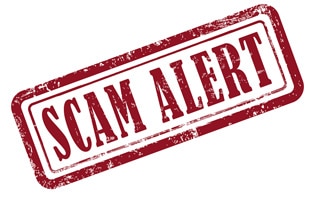 When it comes to government agencies, most people aren’t very excited about dealing with them, especially when that agency’s name starts with a capital “I”, ends with a capital “S” and has a capital “R” in the middle. Yes, the IRS doesn’t exactly have a good reputation and most people never want to deal with the nation’s top federal tax agency. Let’s face it, the IRS has had its share of blunders and mistakes, and it hasn’t won any awards for customer service anytime recently. However, despite the IRS’s less than outstanding reputation, there is at least one thing the agency won’t do; and that is bully you over the phone.

No matter how much trouble you’re in with the IRS, you won’t get a phone call telling you to pay up; at least not until you’ve first received an official letter from the agency. The IRS does not call and threaten taxpayers to pay up or else. Likewise, the top tax agency does not ask for personal and private information over the phone, such as your bank account number, or credit, or debit card number. Even the worst tax offenders will be contacted by mail first. Therefore, if you get a call from someone who is purportedly from the IRS insisting that you pay a tax debt immediately, don’t pay any attention to it, and definitely don’t pay up. It’s a scam.

It used to be that tax scammers mainly worked during tax time, trying to catch people off guard with fear tactics about their tax return, or trying to steal their identity. However, scammers work year-round and their scams get more sophisticated and ruthless all the time. Recently, thousands of people across the United States have been receiving threatening phone calls from would-be scammers telling them that they have a tax debt that needs to be paid immediately. Many are told that if they fail to respond in a timely manner then they will face serious fines, jail time or even deportation (for those who are immigrants). These phone calls can seem very real and the person on the other end of the line can sound very official. In fact, they might have a number that looks like it comes from the IRS and they might even already have some of your personal information.

However, don’t give them any more personal information or pay them any money, no matter how threatening or belligerent they might be. The fact is the IRS is not behind those calls and if you give away personal information or money you could be jeopardizing your personal security and your personal finances. The IRS is very aware of these scams and each year they issue warnings to American taxpayers to be careful. The scams get more pervasive every year. While the IRS continues to warn people of them, many taxpayers still fall victims to these con artists. In fact, thousands of taxpayers lose millions of dollars every year.

Don’t Be a Victim

You can learn more about these scams and how to avoid them by visiting the IRS telephone scam page. Additionally, if you receive one or more of these phone calls then be sure you report it to the IRS. You can do that by clicking here. Lastly, many people who have been victims of these “robocall” campaigns are trying to get the phone companies to create tools that will help them stop these kinds of calls before they ever reach you. You can help in those efforts by clicking here. The bottom line is not to be a victim. The IRS may not be your favorite government agency, but they will not try to push you around over the phone.