A Summary of the IRS Fresh Start Initiative 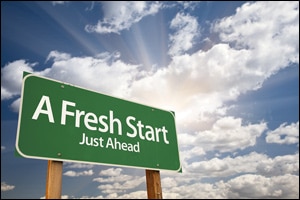 Recently, you may have heard a lot about the Fresh Start Initiative in radio ads, tv advertisements, online and more---like it is some recent change the IRS made. In reality, the IRS officially launched the Fresh Start initiative (FSI) in 2011 in order to help taxpayers get a "fresh start" with their tax debt.  The goal of the program was to help taxpayers and small businesses with paying back taxes and avoiding tax liens. It was expanded in 2012, with new changes to existing resolutions and new steps to help struggling taxpayers get back on their feet.

What Changes Did the IRS Make with the Fresh Start Initiative?

The IRS made many changes with the launch of the Fresh Start Initiative. Some of these changes occurred after the official release. Here is a summary of those changes.

The IRS made changes to their policies regarding tax liens. Here are some of the changes summarized:

The IRS made installment agreement policy changes as well with the Fresh Start Initiative.  Below is a summary of the changes they made:

The IRS streamlined the OIC program, making it easier for more taxpayers to qualify. Particularly, the FSI made changes regarding the financial analysis used to determine which taxpayers qualify for an OIC.

When a taxpayer is in this status, enforcement actions cease. Generally, the taxpayer will need to provide sufficient documentation to justify this status with the IRS. The FSI made the process easier for individuals who owe $10,000 or less to qualify for a CNC by easing documentation requirements.

The Fresh Start Initiative changes has greatly helped taxpayers "get back on their feet." In fact, we believe the OIC acceptance rate is at an all-time high because of the FSI changes regarding Offer in Compromises.

Whatever your situation, our tax professionals are very experienced with the IRS Fresh Start Initiative. For assistance, request a free consultation today.